Why tech? Why now?

There is increasing noise in the education world about the use of technology in the classroom. Does it have a place? Should it be used heavily in schools? Does improper use even stop children from learning?

These are all questions that we should be asking but I think these questions miss the point: we don’t have a choice. For better or worse, technology is defining our present and future at an unstoppable rate. Nonetheless, skills like reading and writing are as important as ever. That is why we must strive to unite simple digital and traditional skills in a way that benefits both our schools in terms of their key metrics and their pupils in terms of learning and engagement.

EdTech as an industry is gathering pace and yet many schools are still way behind the curve wondering if and how they can make sense of it all. I’ll attempt to explain why now is the time to embrace it.

The children we teach in primary schools today are digital natives. If you don’t know what that means then you are in trouble! Our pupils have been born with digital technology in their lives from the word go and you only have to watch a small child using an iPad to know that they have a level of comfort with technology that older generations will never have.

I remember working in Spain 12 years ago and going to the international call shop to call family once a week on the telephone. Within a year or so, Skype was connecting us whenever we liked. It was a game changer.

Contrast that with the fact that digital natives have been born into a world where they can order a pizza, chat to people on the other side of the world, create and run around in virtual worlds as well as go on a date at the click of a button. The word ‘normal’ is being redefined daily. For this reason alone, technology needs to feature in the primary classroom. Let me be clear, I’m not saying that I don’t place huge value on reading a book to your class. I’m not saying that traditional skills like reading and writing aren’t as important as ever; improving reading and writing are the most important outcomes of any English teacher. I’m saying that you wouldn’t expect to go for surgery and the doctor to pull out a drill and a bottle of vodka. Things have changed. Normal is changing. Technology is now normal and not giving them opportunities to use it in the classroom does our pupils a huge disservice.

Children are fed entertainment constantly. X-Factor, Call Of Duty and teenage You-Tube stars are part of their lives. What do you do when you need to do some research? You don’t pull out the encyclopedia, you google it. To google is a recognised verb. It became a verb over 10 years ago in fact! YouTube is the second largest search engine. Kids now spend large parts of the day with their headphones in. Their phones aren’t really phones, they’re entertainment devices which also make calls. Do you remember your first Nokia phone? That’s their equivalent of the public telephone box. When was the last time you used one of those?

Many schools have never been more out of touch with the (virtual) reality experienced by their pupils. We use video as the input and output in order to coax pupils away from the screens. By giving them enough of what engages them, the pupils themselves feel a sense of pupose and engagement which drives them to achieve rapid and long-lasting progress in the traditional skills of reading and writing. The huge improvements in their teamwork, performing and decision making are also direct results of the use of technology. One of my biggest realisations in teaching has been ‘the YouTube effect’. The BBC is on the slide and YouTube is genuinely a place where young people’s idols hang out. That is one of the reasons that teachers using video to teach more traditional aspects of literacy report such high levels of engagement and progress: they are motivated to produce a film because it is relevant to them. However, filmmaking does something more than that. It makes the children accountable.

As soon as I mention that we are creating a film that will be seen on online (even password protected for school privacy) and at our very own film premiere, the class work ethic changes completely. That child who didn’t care whether your marking suggested they weren’t trying their best suddenly kicks into gear. They care. They don’t want to look silly because they know everyone in their world will see it. That is a really big deal for a primary school child.

Use the Memrise app to build MFL vocabulary lists that your students can access at home and in school. The leaderboard function and teacher tools are fantastic for creating a sense of competition and monitoring students’ progress.

In PE, use the built-in camera app to analyse technique and invite feedback at the end of a session. It’s surprising how much improvement this can bring to a student’s performance.

Bring history to life with iMovie or, better still, use WeVideo. This is the future of education without a shadow of a doubt allowing for collboration, creativity, a real audience and a platform to give any kinds of different work a sense of purpose. It doesn’t just have to be moving image, it has a built in voice recorder which is very handy for photo diaries of historic events for example.

Adobe Voice is another amazing and free app which is dedicated to creating amazing photo stories and is extremely simple to use. Adobe Slate is another incredibly simple app which creates beautiful visual stories which can be used for book reports, newsletters or anything else you care to imagine.

For weather reports or any other type of green screening activity, then DoInk Green Screen app is fantastic for bringing far flung corners of the world into your classroom at the touch of a button. 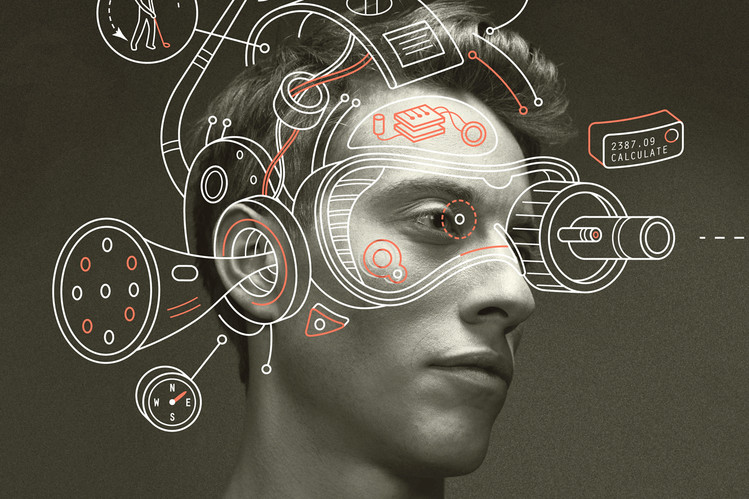 By the time today’s primary school children enter the world of work, jobs like memory augmentation surgeon and virtual teacher will be commonplace. Skills like website management and video editing will be as standard as using Microsoft Word is today. There is no reason why technology can’t be used to enhance the traditional skills we still want them to learn. With the right help and resources, there’s also no reason for its use to be painful or difficult.

We’ve seen it happen in over 1500 classrooms and counting. The results speak for themselves. Embrace the change, watch levels of engagement rise and take full credit for progress going through the roof!