With Christmas looming, a literacy coordinator at a school where we deliver regular training emailed me asking if we could help them do something a little bit different this year to spice up the usual age old offering of traditional school Christmas fodder. After staff training from us here at A Tale Unfolds on Book Creator and iMovie, they began using our personal profile trailer resource to produce a Christmas film trailer. 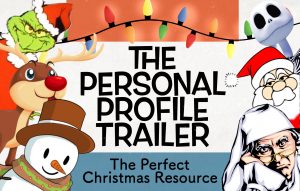 Each of their six KS2 classes completed the 5 hours of English lessons starting on the 1st December to mark the first day that many of their kids open the first door on their advent calendars. The finished films will be shown at a Christmas Film Premiere attended by the whole school and parents on their last day of school before the holidays. It’s been announced and the anticipation is already growing from both the parents and especially the children!

Given that the school’s focus this year is on integrating literacy with digital skills, we encouraged them to create interactive books using Book Creator in order to document the process. Each class collaboratively produced one film trailer but each child made an interactive book documenting their process through the 5 lesson project.

Here are the six Christmas characters that they chose to feature in their trailers, one per class.

“It has been so encouraging to see pupils, particularly those who normally struggle with literacy, taking such pride in their work. Whilst the making of our interactive books focused on their written work, the digital opportunities to express themselves took things to new heights! What surprised me most of all is how the pupils themselves decided to uplevel their own work when producing their interactive books.” 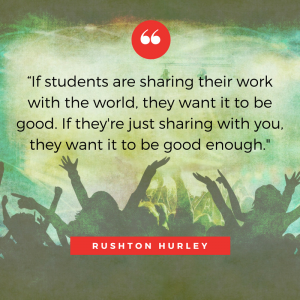 Not satisfied with their writing being good enough, they knew that their ebooks would be shared with the Christmas Film Premiere attendees and through our school website. Knowing there was a real audience, they wanted to make sure their work was the best it could possibly be which reminds me of the famous Rushton Hurley quote.

As a tech-terrified literacy coordinator, Rebecca said it was a relief to use an app that even she found incredibly easy to use. It required so little explanation to the kids before they were soon busy creating their own ebooks using a mixture of images, audio and video that were whizzing between devices using the iPad’s AirDrop function. Click the example below and make sure you watch their finished Christmas final trailer towards the end of the video!