Digital Literacy with A Tale Unfolds

The premise behind the resource is for the children to create a scary movie trailer, using one of the pre-loaded iMovie trailers, as well as an extended piece of writing. The writing could be seen as the script for their trailer.

The downloaded pack included lesson plans with resources to match. These included activities to scaffold both the children’s writing and filming, as well as film trailer templates, which breaks down part of the trailer.

As soon as I began lesson one, I knew the children were hooked. It was one of those lessons where the children are disappointed when it was time to stop! The pack also cleverly included video stimulus from the Literacy Shed, which is always a hit with my classes. The 5-hour lesson pack resulted in one of the most engaging literacy units I’d had with my year 3’s. It allowed the stubborn writers an opportunity to tackle literacy from a different stance and it elicited some brilliant writing. 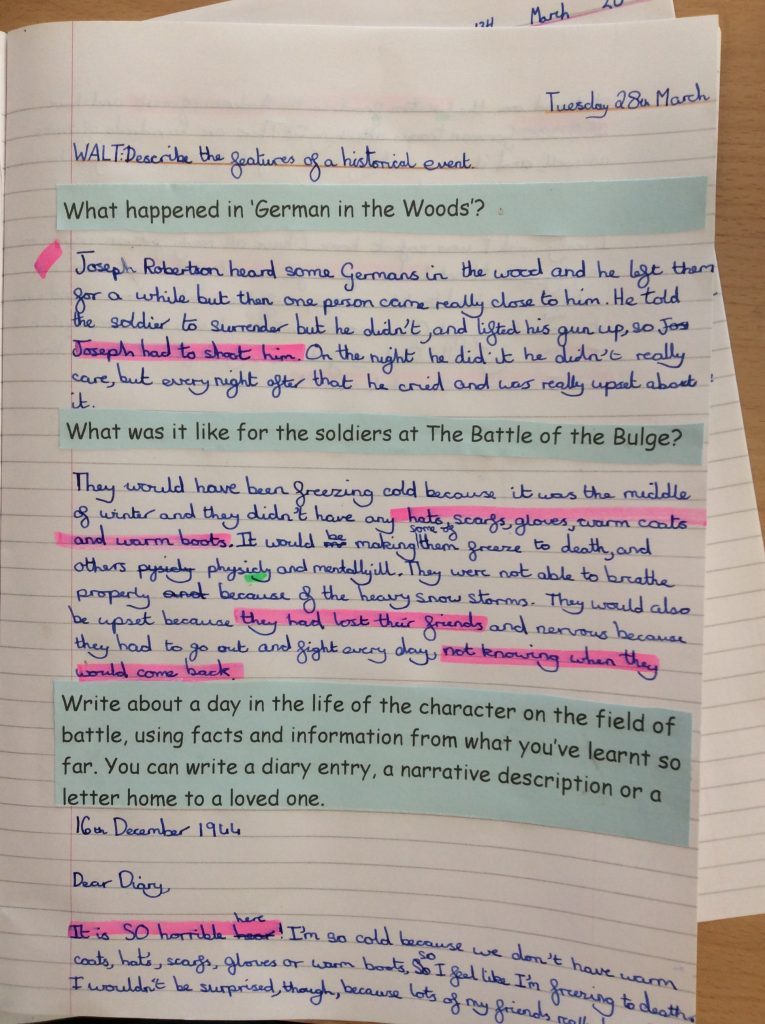 When I moved to year 6, I was again keen to incorporate digital literacy where I could. Our Spring term history topic was World War II, which meant I could use War Story, another fantastic resource. Again, this will result in an extended piece of cross-curricular writing, although we’ve not quite finished yet!

War Story focuses on ‘The Battle of The Bulge’ – the last major German counter-offensive in WWII, which took place in the Ardennes Forest.

The pack starts with a fact-finding mission using different sources of evidence to try and find out what happened during the battle. Lesson two then focuses on what life must have been like for the soldiers, baring in mind the battle occurred in the middle of winter. I found a good video on history.com, which goes into more depth about who was involved and what happened. This helped add detail to the children’s descriptions and made them empathise more with the soldiers as they could see the extremely tough conditions that they had to endure.

When it came to filming, the pack contained slides that gave step-by-step instructions to support both the teacher and the children with the different shots and types of footage needed.

One thing I would recommend, if you have the capacity to, is to make use of Apple TV/AirPlay Mirroring. As there are quite a few different elements to the trailer, I found it much easier to show the children what they had to do / get them to complete the activities with me.  Here you can show the whole class how to select different parts of their footage. 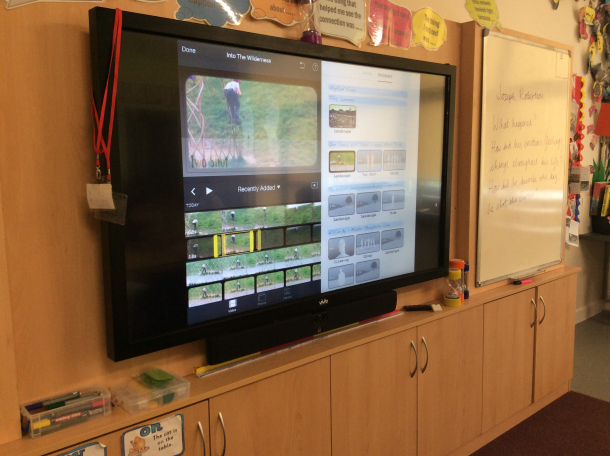 Unfortunately, we aren’t lucky enough to have an Ardennes-esque forest in our school grounds, nor do we have a battlefield. Therefore, I turned to the App Store for some (free) editing software that would make their footage more authentic and, most importantly, be easy enough for the children to use themselves.

I found Snapseed for editing photos and Chromic for editing videos. I must say how impressed I have been with both Apps. They are both incredibly easy to use (used with Y3 and Y6) and have produced some excellent footage, in particular using the black and white filters to edit videos (Chromic) to make them more authentic. If you are considering using any of the resources I have mentioned, I highly recommend you download these two Apps!

I encouraged the children to experiment with different types of shots, but I generally left them to it. It was excellent to see them being creative to produce different shots and to see them really think about how they could portray the emotions that the soldiers would be feeling. 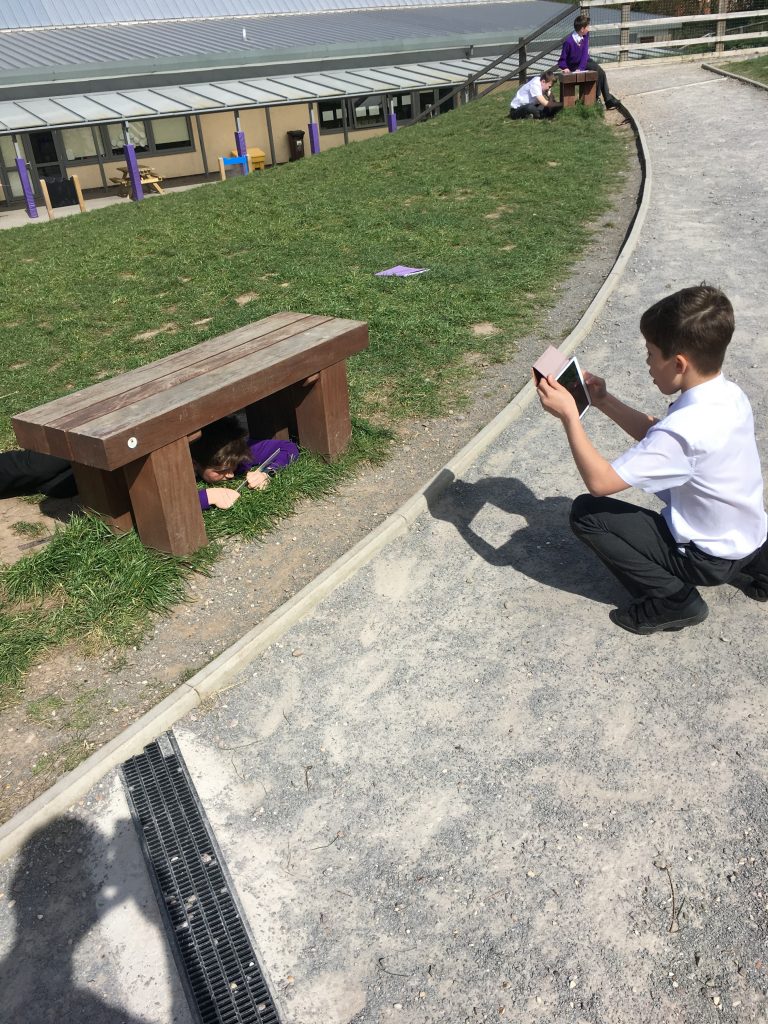 Year 6 have been so enthused with this project that I’ve dedicated extra afternoons each week to allow them more time to complete the filming and the writing. I’m personally really looking forward to watching the finished films. The children will share their trailers with their parents through Seesaw. I am also considering hosting an afternoon for parents to come in and watch the trailers, almost like a movie premiere night!

For the writing side of the project, once the trailers are finished, the children will be writing a narrative based on their trailer. By means of planning and structuring their writing, what better resource to help them than their own film trailer?

The different resources produced by A Tale Unfolds are an excellent way of engaging all children in writing and will be something I’ll be using a lot more of after SATs have finished.

Once the children have finished their trailers, we will be entering the LitFilmFest! This exciting opportunity will give the children a chance at watching their film trailers played in a proper cinema! The winning entries will be shown at the BFI IMAX in London on 19th June.

If you haven’t used this style of digital literacy in your lessons yet and you’d like some help to, please feel free to get in touch with me by commenting on my blog or via Twitter.